Going viral can be deadly! Guide and influence your favorite content creator as she navigates a dangerous online challenge. Hype up the chat, uncover the mystery, and unlock three different endings based on your choices.

Meet Norma, your favorite streamer! As her number one fan and top mod, you make sure everything runs smoothly behind the scenes.

One day, Norma receives a mysterious message, inviting her to partake in an online challenge on Halloween Night. An anonymous user instructs her to explore a place by herself - streaming her reactions live to all her followers!

Throughout the night, influence the chat and her choices as she navigates this strange place.  Be careful - because your decisions may have more weight than you think...

Uncover the mystery and unlock all three endings.

Will Norma go viral? Or will she face a darker fate?

Is she truly the person you think she is?

The power is in your hands.

uh its keep freezing after she come on the screen-

Hi Maddie! I can try to help and fix this issue but I need some more info.

If you were playing on mobile, it may not be compatible.

Ok thanks it usually says that im on mobile but im on a ipad but it looks like a cool game when i was watching the walkthrough :)

This was such a great game and super happy I stumbled on it! The way you conveyed the feelings of the community as well as streamers and also people close to said streamers was pretty nice!

The way everything slowly started and then ramped up to the ending(s) was pretty fun to go through, especially the part where Norma confessed her past mistakes was pretty neat! I liked how the gas that was always there had a meaning to it and even had a sort of explanation to it (albeit with some plot armour to it), and how things kept ramping up! Liked how one of the endings where Norma wasn't treated after the situation still had lingering effects from the gas!

There were some UI problems (like the menu icon hovering over all the save and screen buttons and the long texts kept going under the save and screen buttons), and some spelling mistakes (I counted three of them), but it was still an enjoyable experience and a really fun game to play! The way the chat was portrayed was really fun and those small parts really added to the overall game in a good way!

The story was well made (there was some plot armour that was there and could have been a little better if more time was given to develop everything, but it was aimed towards a shorter story experience so that is understandable) and crafted and it was really enjoyable.

Overall, it was a great game and really fun to play! Well done on it and hope to see more!

Wow!! Thank you so much for taking to time to cover this and write out this comment! I really appreciate the honest and helpful feedback :D  The thumbnail for the video is so cool! I can't wait to watch it!! <3

I'm glad you enjoyed the story. Initially, this was going to be more of a traditional horror survival story, but I decided to go the psychological angle. :D

For the UI, I used a Tyranobuilder prebuild and I'll tweak it and release a future update. As for the mistakes, I will look into that and edit those! I apologize for those errors, I made this in a very short timeline and deadline. I will make sure to make those updates!

I wish I would have had more time to make a longer title, but maybe I could continue this! I also left one of the endings open to that route. haha

I'm really glad you liked my game :D There will be more!!

I just watched the video!! It was awesome, loved the voices and commentary :)

Oh, nothing to be sorry about! It was a fun and great novel, and mistakes happen. 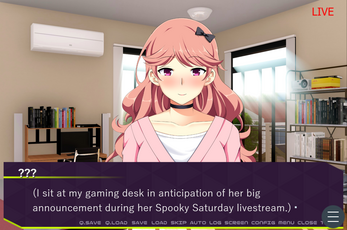 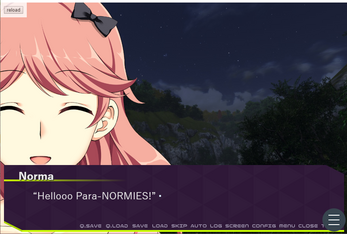 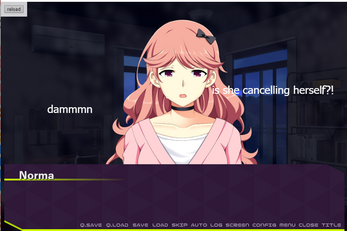 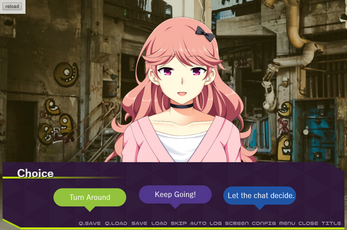 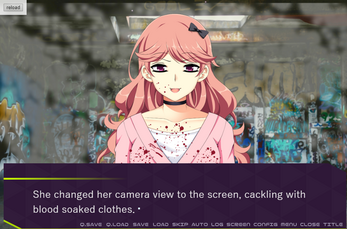